Amsterdam, I’m so sorry I judged you before I really got to know you.

I’ll be honest, I always thought you were something of a drunkard and a fool. A stoner. Brash and brassy and a bit trashy, you know? Not my type at all. I was so confident in my assessment of you that I never gave you a second thought, never made an effort to find out for myself why people so often mentioned you in glowing terms. I was snobby and made assumptions about you based on rumor and conjecture. And you know what happens when you assume, right? Well, in this case, you wind up missing out on one of Europe’s greatest cities. 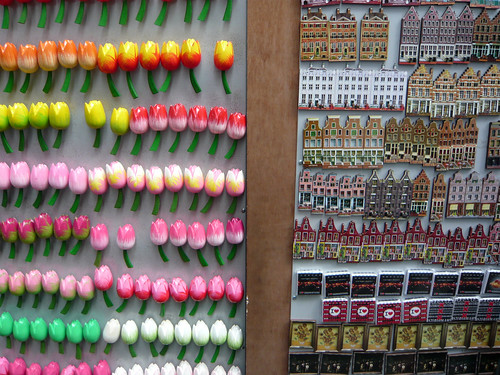 In my mind, I had populated you solely with roaming packs of Englishmen in search of a debauched “stag do” and hordes of backpackers stumbling in and out of coffeeshops, interspersed with tour groups surging from one attraction to the next before moving on to another city. And let’s face it, you do cater to all of those folks in many respects. But when I laid eyes on you myself, I realized this is not the sum of what you are.

It was a late afternoon in spring when I first made my way into your heart and you first found your way into mine. We crisscrossed your waterways, bumping over bridges, stopping occasionally when a drawbridge rose to let a boat to cruise past. Tables and chairs spilled across your pavements, filled with café-goers drinking up the sun while drinking their coffee. Long-legged women pedaled effortlessly down your leafy streets, sitting bolt upright on their bicycles. Higgedly-piggedly buildings and houseboats crowded along your canals. You appeared refined and bohemian, vibrant and serene, old and new, all at the same time. You were nothing like I’d thought you’d be, and I was immediately beguiled. 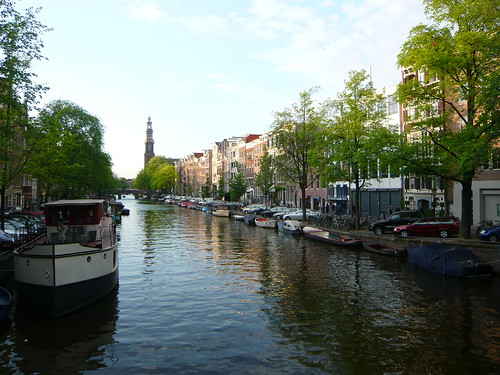 Later we glided down the canals ourselves, and in the twilight, when the gloom gathered around our boat and lamps flickered on in your sublime old houses, I was transported. There is a feeling I sometimes get for which I have no single word, something primal triggered by darkness and light, by lanterns at dusk and illuminated windows in shadowy façades. It’s a tugging deep inside of me, a sense of yearning and familiarity rippled with an enticing shiver of unease. I succumbed to this feeling eagerly and entirely as we drifted down the water. I was mesmerized by the crooked canal houses scrolling past, their uncurtained windows inviting me to marvel at the mysterious wonders inside—and those attic rooms, the cozy lofts and snug garrets perched behind ornate gables, with their sloping ceilings, beams and pulleys, wood and stone shifting and creaking in the dark. I dreamed about those attics all night, imagining myself in one of them, caged by heavy wooden beams, the ceiling soaring away from me—terrifying and thrilling. (One year later, I got to sleep in just such a room—a dream come true.) 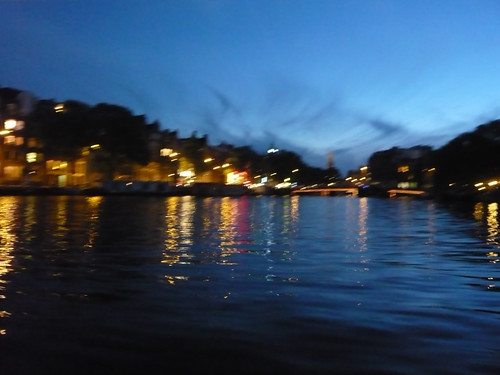 Your magic isn’t dimmed by day. For every vast, impressive museum there is a hidden corner: an old synagogue, a quiet bench on a canal, a tranquil courtyard behind an unassuming door. You reward the aimless wanderer with your succession of charming bridges and curious nooks and crannies. There are dusty maps in the window of one shop and 3D-printed art in the next, dusky pubs and bright cafés, wheels of cheese and buckets of tulips, and a cat in every doorway. I stroll your streets and feel like I could happily stroll them forever (and judging from the number of people who ask me for directions, I must look like I have strolled them forever). 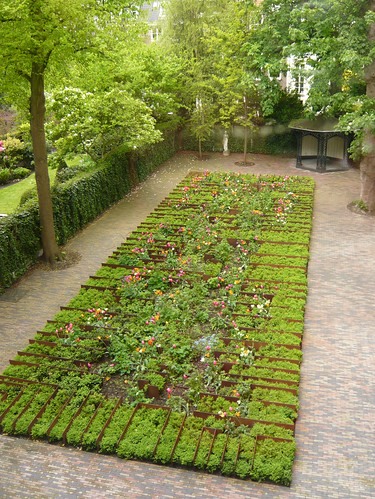 Of course, as a tourist I have the luxury of only interacting with the pretty things. I can spend all day mooching around in galleries instead of working or lugging groceries up narrow stairs or trying to find a good plumber. And it’s not like you don’t have your shady side, too, just like everyplace else. Your red-light district may be as much a theme park as it is a den of iniquity, but the iniquity is still there. I resolutely avoid your big pigeon- and people-packed squares, and I steer clear of the rowdy groups that are drawn to some of your less charming locales. As I gaze at your serene canals, I find myself wondering how many drunken and/or drug-addled individuals have to be fished out of them each year. Also, your cyclists are hell on wheels.

But when I think about you now (as I do quite often), I think of you only with fondness. I love your wonky buildings and your delightful houseboats, your gingerbread cookies and apple tarts and cheese, your beer and herrings and frites, your museums big and small, your history glittering and grim. I love the canals that encircle you and the bridges that span you. I’ve met a good number cities in my time, and you’ve charmed me like very few others. I was wrong about you, Amsterdam, and rarely have I been so happy to be wrong. 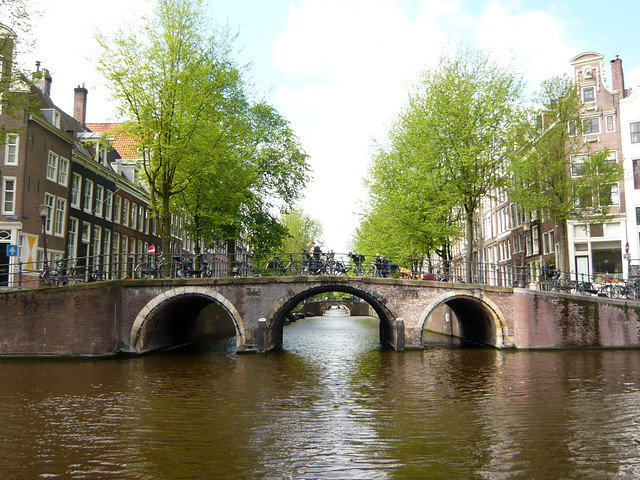 Thank you for the poetic review! My wife and I leave for Amsterdam in a few short months and you only make it sound lovelier than anticipated …