I was slicing up vegetables the other night and thinking of Porto.

On the first night of our first trip to Porto in May 2013, I ordered a steak that came with a side of the most deceptively delicious shredded greens. Specifically, on Tuesday, May 28, 2013, I had a rump steak with rice fritters, black beans, shredded greens and cassava flour, and Jeremy had an Iberian pork steak with mashed potatoes and greens at O Caçula restaurant, and I know this because I have kept track of every single dinner we’ve had since Monday, February 5, 2007. But this post is not about my obsessive list of evening meals (though seriously, ask me about any dinner I’ve eaten in the past 13 years and 8 months and I can tell you). It is partially about greens and mostly about unexpected enchantment. 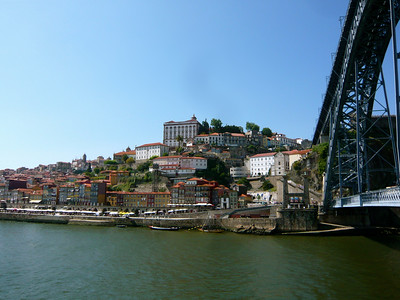 What looked like an unassuming pile of cabbage on my plate turned out to be a garlicky tangle of scrumptiousness, a side dish that punched far above its weight—much like the city of Porto itself. At the farmers market the next day, we saw lots of bags of these super-finely shredded greens, kind of like kale or cabbage, and I thought, “Ah-ha, that dish must be really popular here!” In fact, I now realize all those greens were probably for caldo verde, the traditional Portuguese “green broth” with smoked sausage and potatoes. My side dish was actually Couve à Mineira or Brazilian-style collard greens. And that has since become my default method of cooking leafy cabbage greens or kale: slice them as finely as I possibly can, warm up a generous splash of olive oil, gently sauté some chopped garlic, throw in the greens, stir them until they start to wilt, season them with salt and pepper, and serve them up.

Those greens caught me off guard, and so did the whole city. We had arrived in the late afternoon and dropped our luggage at the hotel before dashing out to explore a bit before dinner. The sun was going down and the last of its light just caught the red roofs of the buildings, with their elaborate facades, wrought-iron balconies and glittering tiles. There were patterns and colors everywhere, red and yellow and that brilliant bright blue, geometric designs and art nouveau extravagances, houses tumbling higgledy-piggledy along steep alleyways, all of it slightly ramshackle and totally sublime and like nothing I’d ever seen before. 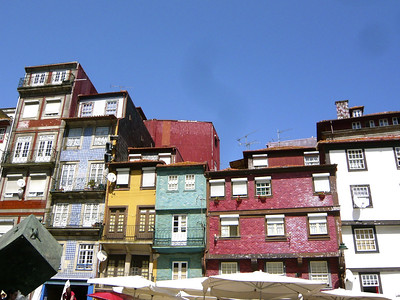 I was enraptured. I walked around in a sort of ecstatic daze, exhilarated by the simple fact of the city and how lucky I felt to be there. That kind of thing doesn’t happen all the time. Well, it doesn’t happen at all right now, when the most exhilarating new thing I get to see on a regular basis is a fresh box of vegetables on my doorstep each week. But even when Jeremy and I were traveling regularly, it was rare to be quite so overwhelmed by the unexpected magic of a place. I’ve enjoyed the vast majority of places we’ve visited, and I’ve downright loved a lot of them, but only a select few have left me stunned speechless.

Porto took me by surprise with its charm because I had no specific expectations for it. Other places blindside me because they’re so popular and I’ve seen so many depictions of them that I feel like I know them already—until I experience them in person and realize how wrong I was. Venice is a perfect case. It’s hard to think of a more over-depicted, over-touristed, over-“done” place, and while it intrigued me, I never had a particularly urgent desire to visit. But then the opportunity arose for a day trip from Bologna, and as our train crossed the Venetian Lagoon and approached the improbable city, my heart sped up. And when we stepped from the train station and stood at the edge of the Grand Canal, I was so dazzled by the water and the boats, by the buildings rising up out of that glittering green like something from a dream, that I promptly burst into tears. It was similar to what I had felt in Porto, but even more intense—like, how can this place exist? How can it be real, and how can I be standing here looking it? How is so much beauty even possible? 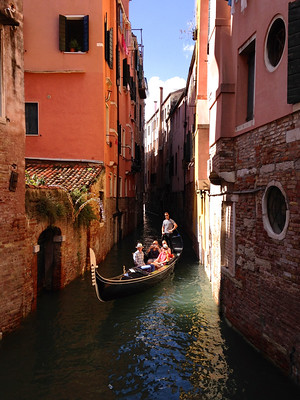 I guess it’s kind of a cliché to have been entranced by a place like Venice, or Dubrovnik (which also filled me with inexpressible delight), or Amsterdam (ditto—water is clearly a defining factor here). Or by the Sydney Opera House, which took my breath away when I finally saw it up close, all of its tiles sparkling white in the southern sun, or the Acropolis, which elicited an expletive of genuine awe when I stepped out of the metro in Athens and looked up at it towering over me, or the Golden Gate Bridge, which is just enormous and magnificent, a marvel of engineering and so gorgeous to boot. These places are popular precisely because they’re remarkable. But sometimes you see a million pictures of a popular place, and then you visit the place and think, “Yeah, it’s nice, like the pictures”—and then sometimes you see a million pictures of a place and you visit and realize that every picture has been pointless because the place simply transcends depiction. The only way to feel its magic is to be there. 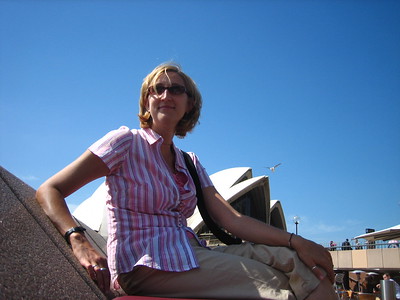 I miss those surprising moments of magic. I miss being caught off-guard by the beauty of the unfamiliar. The closest I’ve gotten to that this year was back in April, a month into lockdown, when we went on our first long walks up around the racetrack and found lovely views of the sea and the South Downs practically on our doorstep, views we hadn’t realized were there. I know there are other things to discover around here, other walks to take and other sights to see. And I know that I should get out there and find them—if only to remind myself that there is a bigger world beyond this tiny one that we’ve been confined to for so long, and that eventually, eventually, I will get to see it again in person.

Thank you for this, hopefully the world will open up again in the not too distant future. I’m really enjoying your journal, it was a random find but I’m glad I found it.